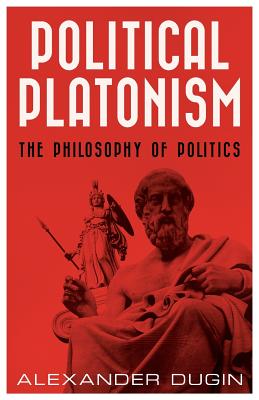 Alexander Dugin's Political Platonism offers a seminal analysis of the contemporary philosophical crisis from one of the best-known writers and political commentators in post-Soviet Russia. Through a series of essays, course transcripts, and a single long interview--each remarkable for the depth of its learning and the boldness of its vision--Dugin exposes the profoundest roots of the Western philosophical tradition, offering his view of why it has reached its final terminus, and his indication of where a new beginning must be sought.

The works collected in this volume present Dugin's theory of Political Platonism as a fundamental philosophical and political orientation, capable at once of reviving higher political and social forms and furnishing solid ground for resistance to the collapse of the contemporary world. His multi-perspective thesis offers a thorough and thought-provoking critique of modernity and a masterful survey of Western philosophy, reaching from before Heraclitus to beyond Heidegger. In its provocative, clear-sighted analyses and its visionary flights, this book provides an invaluable reference for those already familiar with Dugin, and an intriguing introduction for those coming to him for the first time.