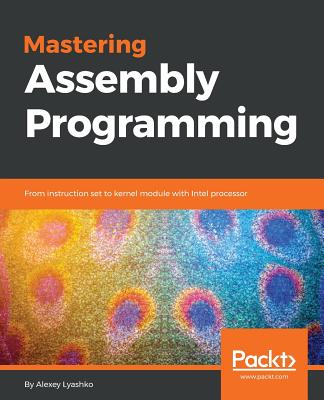 Incorporate the assembly language routines in your high level language applications About This Book - Understand the Assembly programming concepts and the benefits of examining the AL codes generated from high level languages - Learn to incorporate the assembly language routines in your high level language applications - Understand how a CPU works when programming in high level languages Who This Book Is For This book is for developers who would like to learn about Assembly language. Prior programming knowledge of C and C++ is assumed. What You Will Learn - Obtain deeper understanding of the underlying platform - Understand binary arithmetic and logic operations - Create elegant and efficient code in Assembly language - Understand how to link Assembly code to outer world - Obtain in-depth understanding of relevant internal mechanisms of Intel CPU - Write stable, efficient and elegant patches for running processes In Detail The Assembly language is the lowest level human readable programming language on any platform. Knowing the way things are on the Assembly level will help developers design their code in a much more elegant and efficient way. It may be produced by compiling source code from a high-level programming language (such as C/C++) but can also be written from scratch. Assembly code can be converted to machine code using an assembler. The first section of the book starts with setting up the development environment on Windows and Linux, mentioning most common toolchains. The reader is led through the basic structure of CPU and memory, and is presented the most important Assembly instructions through examples for both Windows and Linux, 32 and 64 bits. Then the reader would understand how high level languages are translated into Assembly and then compiled into object code. Finally we will cover patching existing code, either legacy code without sources or a running code in same or remote process. Style and approach This book takes a step-by-step, detailed approach to Comprehensively learning Assembly Programming.