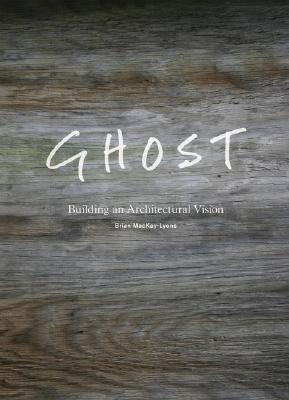 "Architecture is a social art. If the practice of architecture is the art of what you can make happen, then I believe that you are only as good as your bullpenthe builders, the engineers, the artisans, the colleagues, the staffwho collaborate with you; those who become possessed by the same urge to build, by the same belief that we are working on something exceptional together." Brian MacKay-Lyons

For two weeks each summer, architect Brian MacKay-Lyons uses his family farm on the east coast of Nova Scotia for aspecial event. Among the stone ruins of a village almost four hundred years old, he assembles a community of architects,professors, and students for a design-build internship and educational initiative called Ghost Research Lab. The twoweek projectone week of design and one week of constructionrests on the idea that architecture is not only about building but also about the landscape, its history, and the community. Based on the apprenticeship environment of ancient guilds, where architectural knowledge was transferred through direct experience, Ghost redefines the architectas a builder who cultivates and contributes to the quality of the native landscape.

Published to celebrate the event's tenth anniversary, Ghost offers a thorough documentation of the past decade's design-build events including drawings, models, and final photographs of completed structures. Organized chronologically and interwoven with MacKay-Lyons's simple and accessible personal narratives, Ghost also features essays by some of the most eminent figures in architectural criticism, including Christine Macy, Brian Carter, Karl Habermann, Robert Ivy, Kenneth Frampton, Thomas Fisher, Juhani Pallasmaa, Peter Buchanan, and Robert McCarter. In an architectural climatefull of trends and egos, Ghost is the rare manifesto that does not preach but rather inspires quietly with simple ideas that unexpectedly unsettle and arouse.