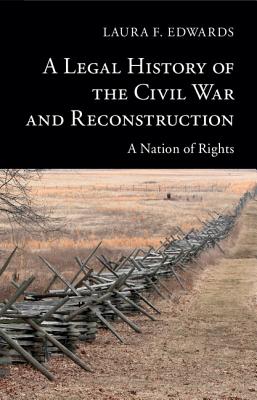 Although hundreds of thousands of people died fighting in the Civil War, perhaps the war's biggest casualty was the nation's legal order. A Nation of Rights explores the implications of this major change by bringing legal history into dialogue with the scholarship of other historical fields. Federal policy on slavery and race, particularly the three Reconstruction amendments, are the best-known legal innovations of the era. Change, however, permeated all levels of the legal system, altering Americans' relationship to the law and allowing them to move popular conceptions of justice into the ambit of government policy. The results linked Americans to the nation through individual rights, which were extended to more people and, as a result of new claims, were reimagined to cover a wider array of issues. But rights had limits in what they could accomplish, particularly when it came to the collective goals that so many ordinary Americans advocated. Ultimately, Laura F. Edwards argues that this new nation of rights offered up promises that would prove difficult to sustain.