Abducting the Outside: Collected Writings 2003-2018 (Paperback) 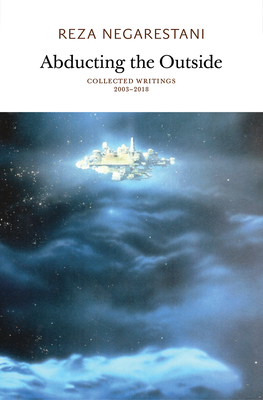 From decay to geotrauma to universalism to rationalist inhumanism, a collection that charts the evolution of a uniquely radical thinker.

A collection of Reza Negarestani's writings from 2003-2018, Abducting the Outside begins with texts in which horror, decay, cruelty, and barbarism assail the solidity of thought. It goes on to chart the sustained development of a "geophilosophical realism" in which the Nietzschean/DeleuzoGuattarian inquiry into human thought's relation to its contingent material origins is pushed beyond the localist obsession with the planet: geotraumatic thought descends to the core of the earth, only to expand outward according to other (physical, chemical, topological) modes of distribution.

Negarestani's "universalism" refuses all allegiance to the planet or its solar hegemon, dissipates all parochial territories into an unbound "Outside," and yields increasingly sophisticated formalisms to account for the universal's self-differentiation via incomplete traumatic cuts. Pledged to the powers of reason and the universal, but never losing the disconcerting edge of its idiosyncratic strangeness, its last dizzying acceleration takes us from a "true-to-the-universe thought" to the rationalist inhumanism developed in Negarestani's recent major work Intelligence and Spirit.

Each time a conclusion seems to come into view, Negarestani moves on to new gestures and more powerful models that render the line of thought unrecognizable once again. Allowing the reader to experience this original and unique trajectory in one collection, Abducting the Outside presents an encyclopedic view of what it means to depart from the human, to descend into the abyss, and to see thinking as an infinite drift outside of our established habitats and perspectives.