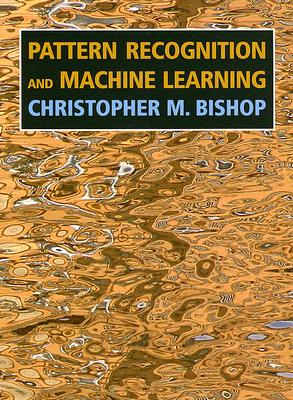 Pattern recognition has its origins in engineering, whereas machine learning grew out of computer science. However, these activities can be viewed as two facets of the same ?eld, and together they have undergone substantial development over the past ten years. In particular, Bayesian methods have grown from a specialist niche to become mainstream, while graphical models have emerged as a general framework for describing and applying probabilistic models. Also, the practical applicability of Bayesian methods has been greatly enhanced through the development of a range of approximate inference algorithms such as variational Bayes and expectation pro- gation. Similarly, new models based on kernels have had signi?cant impact on both algorithms and applications. This new textbook re?ects these recent developments while providing a comp- hensive introduction to the ?elds of pattern recognition and machine learning. It is aimed at advanced undergraduates or ?rst year PhD students, as well as researchers and practitioners, and assumes no previous knowledge of pattern recognition or - chine learning concepts. Knowledge of multivariate calculus and basic linear algebra is required, and some familiarity with probabilities would be helpful though not - sential as the book includes a self-contained introduction to basic probability theory.

​Chris Bishop is a Microsoft Distinguished Scientist and the Laboratory Director at Microsoft Research Cambridge. He is also Professor of Computer Science at the University of Edinburgh, and a Fellow of Darwin College, Cambridge. In 2004, he was elected Fellow of the Royal Academy of Engineering, and in 2007 he was elected Fellow of the Royal Society of Edinburgh. Chris obtained a BA in Physics from Oxford, and a PhD in Theoretical Physics from the University of Edinburgh, with a thesis on quantum field theory. He then joined Culham Laboratory where he worked on the theory of magnetically confined plasmas as part of the European controlled fusion programme.