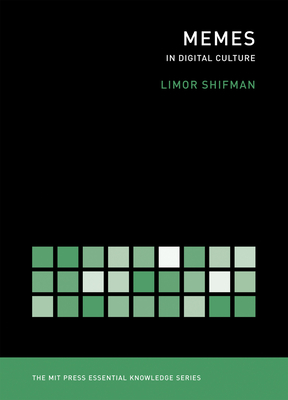 Taking "Gangnam Style" seriously: what Internet memes can tell us about digital culture.

In December 2012, the exuberant video "Gangnam Style" became the first YouTube clip to be viewed more than one billion times. Thousands of its viewers responded by creating and posting their own variations of the video--"Mitt Romney Style," "NASA Johnson Style," "Egyptian Style," and many others. "Gangnam Style" (and its attendant parodies, imitations, and derivations) is one of the most famous examples of an Internet meme: a piece of digital content that spreads quickly around the web in various iterations and becomes a shared cultural experience. In this book, Limor Shifman investigates Internet memes and what they tell us about digital culture.

Shifman discusses a series of well-known Internet memes--including "Leave Britney Alone," the pepper-spraying cop, LOLCats, Scumbag Steve, and Occupy Wall Street's "We Are the 99 Percent." She offers a novel definition of Internet memes: digital content units with common characteristics, created with awareness of each other, and circulated, imitated, and transformed via the Internet by many users. She differentiates memes from virals; analyzes what makes memes and virals successful; describes popular meme genres; discusses memes as new modes of political participation in democratic and nondemocratic regimes; and examines memes as agents of globalization.

Memes, Shifman argues, encapsulate some of the most fundamental aspects of the Internet in general and of the participatory Web 2.0 culture in particular. Internet memes may be entertaining, but in this book Limor Shifman makes a compelling argument for taking them seriously.

Limor Shifman is Senior Lecturer in the Department of Communication and Journalism at Hebrew University of Jerusalem.